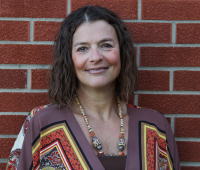 Melissa Gann is our Director and a Lead Teacher. She has been with the preschool since it began in 2003 and has been attending Shoal Creek Community Church since 1998. Melissa has volunteered in the Sunday morning Children’s programs, serves in our leadership community and also attends a women’s small group.

Melissa went to K-State University where she studied Elementary Education with an emphasis in Art. While attending, she worked at the Early Childhood Center and volunteered her time to tutor children. Since leaving K-state, she has taught at various Christian Schools and Early Childhood Centers. Melissa married Randy in 1994. She enjoys hiking, mountain biking, snow skiing, and camping. In her spare time she likes to landscape, make jewelry and craft. 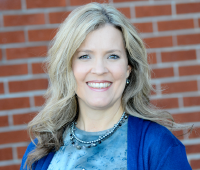 Julie Hoeflicker, a lead teacher, has a huge passion for teaching preschool aged kids and loves helping prepare them for Kindergarten. Julie has been a Pre-K teacher with our program since 2006.

She has been attending Shoal Creek Community Church since 2000. She is the volunteer ABC Zone Director (a children’s ministry program on Sundays for children 4 years old to 1st grade) and has served in this role for over 15 years. She is also a small group leader and volunteers at many of our big events throughout the year.

Julie and her husband Sean have been married for 29 years and they have two adult children, Zach and Kaylee, and a cat named Snickers. Zach and their daughter-in-law, Taylor, have a son, Huxlee, born in 2018. Julie enjoys spending time with her family, crafting, baking and shopping for antiques. 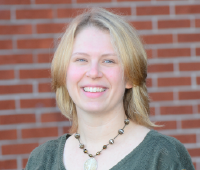 Traci Woldengen, a Lead Teacher, has been attending Shoal Creek and participating in a Small Group since 2001. She has been involved in planning for Tot Time and the annual Kindergarten Kickoff and regularly serves 4 year olds through 1st graders in ABC Zone on Sunday mornings.

Traci attended William Jewell College where she earned a Bachelor’s degree in Elementary Education. She then taught at Blackburn Elementary in Independence, MO. While teaching, she completed her Master’s degree in Education through Graceland University.

Traci and Dan were married in 2004. They have two daughters; Savannah, born in 2007 and Annabelle, born in 2012. Traci enjoys spending time with her family, cooking, crafting, and scrapbooking in her spare time.

Ashley Rasmussen, a lead teacher, has been involved at Shoal Creek Preschool since 2012 when her son started preschool and she started substituting. She earned her AA and CDA at Moberly Area Community College and attended the University of Missouri-Columbia where she studied early childhood and special education. She taught preschool until she became a mom in 2005 and feels incredibly blessed to have been a stay at home mom until returning to the classroom in 2012. Ashley and her family attend Shoal Creek Community Church.

Ashley met her husband Bryan at Winnetonka High School. They attended Mizzou together and married in 2003. They welcomed their daughter Reese in 2005 and son Gavin in 2008. Ashley enjoys reading, Bible study, hunting for treasures at thrift stores, photography, cheering on the Mizzou Tigers, going to concerts, watching college football and her son play baseball.

Bobbi Sharp, an Assistant Teacher, has been attending Rock Falls Baptist Church since childhood. She enjoys sharing her love of God through her vocal music. Bobbi enjoyed being a stay-at-home mommy for seven years. With her children in school, she is ready to enjoy working outside of the home again.

She and her husband, Adam, were married in 2007. They have two children, Arabella, born in 2008, and Evan, born in 2010. They enjoy the outdoors together and staying active as a family. You will often find Bobbi and Adam training at the academy in the self-defense martial art Krav Maga. When not training they are taking the children to their activities, karate and dance. Bobbi is also a runner, photography hobbyist, crafter, and lover of all things music.

Sara Shaffer has been attending Platte Woods United Methodist church since she moved to Kansas City in 2014 and is active in various ministries at the church. She earned her Bachelor of Arts in Religion & Philosophy with a Youth Ministry concentration from Friends University in Wichita, Kansas. She is a stay at home
mom in addition to being an assistant preschool teacher.

Sara and her husband Ryan have been married since 2003. They have two children, Ashlyn, born in 2009, and Paige, born in 2012. Sara enjoys camping, fishing, reading, Bible study, painting classes, leading Girl Scouts and spending time with her family.